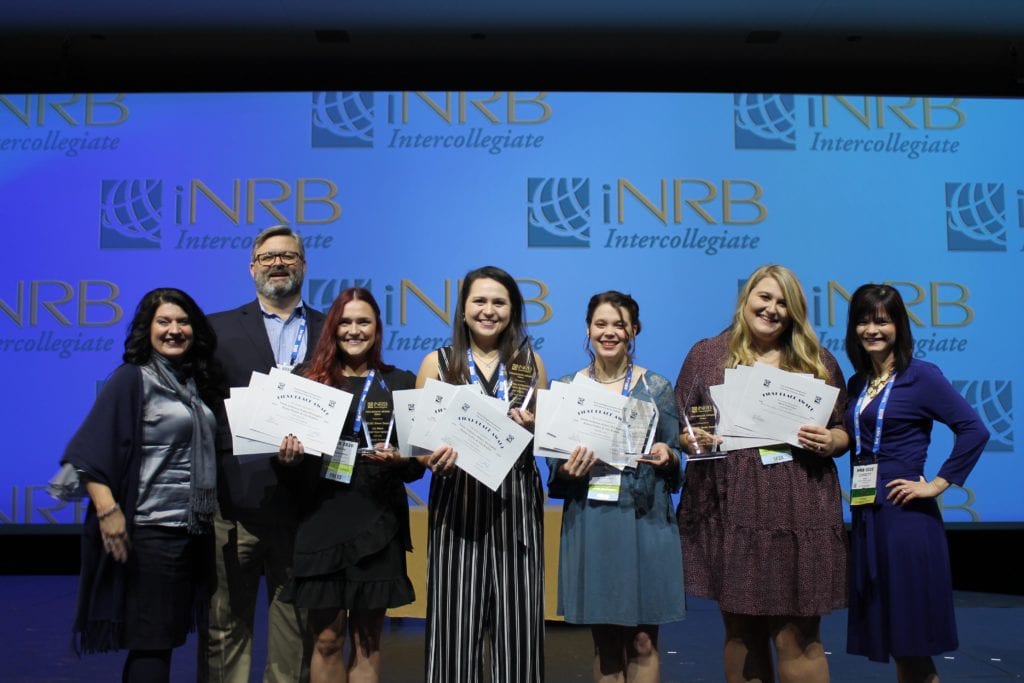 Communication studies students at Hannibal-LaGrange University who cover the news for their campus are now making headlines of their own after taking first place in a national news broadcasting competition.

The HLGU team of four competed against several other member schools from across the country in the 24-hour news competition sponsored by the National Religious Broadcasters (NRB) on February 26. During the competition, students wrote, shot, and edited a television news segment without any help or guidance from their faculty sponsor.

“The story they produced had a great script, solid soundbites, and strong videography,” said their instructor, Christy Jung. “I’m not surprised that they won. This group is a really special group that is very motivated. They are always working hard to be better at their craft.”

HLGU student Emma Anderson was on the 2018 team that placed fourth in the competition. Joining her this year were Kelsey McCaughey, Kamey Tyler, and Alex Bradley.

“Participating in the 24-hour news challenge is a perfect way to put everything we’ve learned in the classroom into action. It provides a special opportunity to get real world experience in a fun, competitive atmosphere,” said Anderson.

Jung added, “Our program provides lots of hands-on learning so our students are prepared and ready to compete. Our students are committed to telling stories with integrity and professionalism.”